Las Vegas is a great town built up by mobsters and celebrities. If you think that anything can happen in Sun City, to an extent you might be right given the Wild West of Vegas. Although this city is known for its legal gambling and there are plenty of cool things that are legal, there are also some myths and some crazy laws. So, let’s find out what those crazy laws that are prevalent in Las Vegas.

In Las Vegas due to the 24-hour nature of the city, as well as its dependence on tourism and wild times, it is legal to drink in public like while walking down the Strip. Although there are some restrictions to this like the ban on glass containers on the Strip. So, better to get your drink transferred into a plastic cup while strolling down the strip. In addition, you can’t have any open alcohol in vehicles.

At Nevada, you can keep pets like cats and dogs or even lizards or other unusual companions. You can even domesticate a tiger, non-human primate, elephant or wolf – without any sort of permit.

3. You Can Go Topless

You will find the laws regarding going topless is quite confusing in Las Vegas. Although public nudity and indecency laws are still in there all over the city, there are some places that are exceptions. Such as at the adults-only pools like Bare at The Mirage, Sapphire and The Artisan Hotel.

In “European-style” pools, ladies are encouraged to wear only bikini bottoms. You need to pay attention to such rules, as leaving designated areas could mean paying a hefty fine.

4 You Can’t Actually Pay for Sex

So far laws of prostitution are concerned, Nevada has unusual laws around it. Although it is illegal in other places, in Nevada, counties that have a population below 700,000 can have brothels where prostitution is legal.

But where Las Vegas is located, Clark County has more than 700,000 living in it, prostitution is not legal in Las Vegas. You cannot even bring a high-end escort back to your suite.

5. Feeding the Homeless is illegal

Las Vegas is home to several homeless people. Still, you cannot feel these homeless people by leaving a sandwich or other food items. It may lead to more trouble including clean up and even health hazards as homeless people don’t have safe ways of storing the food.

It’s doesn’t mean you shouldn’t try to help, but you’re better off your time or resources to official channels than simply trying to handing out water bottles or food to homeless.

6. Some Bath Salts are Banned in Las Vegas

There are some bath salts that are banned in Las Vegas due to its toxic nature and side effects. So, you should not expect that huge bathtub in your hotel suite to come with a jar of fancy bath salts. This is because people have misused them in the past. Instead of soaking in the salts, people have injected, ingested, snorted or smoked them.

Visiting Las Vegas is not easy if you are planning to visit there for gambling. Better to keep in mind these unusual laws that are in effect in Las Vegas to avoid any embarrassments. 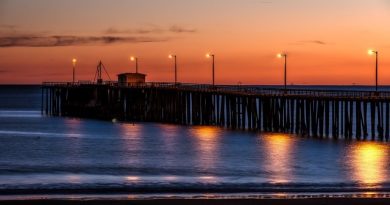 10 Most Amazing Facts About Playing Cards