Similar to many other cities, Las Vegas is home to several shabby areas rife with crime. If you plan to visit Las Vegas, it ‘s great to know such areas but if you want to explore something offbeat and away from the strip, ensure you do not stray into these areas.

Every year thousands of people come to walk the Las Vegas strip, but you must stop after the Encore. The safe end is that big tower at the end of the strip. Just to the west of it is an area called Naked City, where cabs don’t go at night, and it’s considered to be one of the unsafe parts of Las Vegas.

Downtown Las Vegas is the F grade area when it comes to crime. The estimated crime rate in this place is 90% higher than the national graph. You may have a 1 in 19 chance of becoming a victim of a crime at this place. Majority of the reported crimes here are pickpocketing or other petty theft that is quite common in Las Vegas.

With the efforts of the government, the crime rate is decreasing in the area. But it is always great to be on the safe side and avoid riding to these areas, and leaving after you had your share of fun. Don’t wander around at night and veer off the areas of Downtown that aren’t properly lit or filled with tourists.

Huntridge is a place known for assault, major theft or often held at gunpoint! It is also a dangerous part of Las Vegas. Very frequently there are several reports of crime throughout the day, which is why it’s gotten an F grade for the crime.

A lot of initiatives have been taken to revive the area, especially by having modern homes built nearby to improve the place. But the area is crime-infested, with high unemployment and poverty rates.

West Las Vegas is also rated F for the crime. This is an old part of Las Vegas that witnessed an acute recession. It has always been a low-income area of the city and is close to the Strip, but not somewhere you can visit – after dark or even in daylight.

Located in the western part of Las Vegas, Meadow’s Village appear to be an old place to stay. It appears to be a place where everyone knows their neighbor, just like a small town in the center of a big city. Unfortunately, it is not the case here. It is another of the most dangerous parts of the city.

This village is known to have reports of car theft, assault, and burglary. Guns are frequently reported in the area, better to avoid coming to this part of town.

This is also an F rated area in terms of crime. This part of Las Vegas is known to register a crime rate of 191% higher than the national average. The most notorious place of Las Vegas.

This area is around the Boulder Highway, where many of the extended stay hotels are found. Often people looking to move to Las Vegas can think that it’s worthwhile to stay in one of these cheap hotels to search for a new home. But the fact is, avoid this area if you want to stay safe and do not want to risk your life.

Above listed are some of the most notorious and crime infected areas of Las Vegas that you must avoid at any cost if you plan to spend someday in this city. 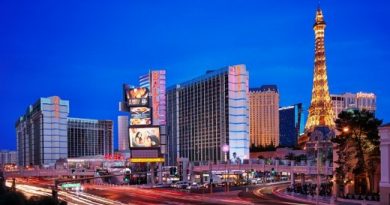