Casino owners know how to engross the gamblers and let them enjoy the biggest, best, and most lavish gaming experiences possible. And they’re in constant competition with each other for the top spot.

These casinos are also designed to keep you playing for longer, this is yet another reason why they spend so to renovate their casinos.

Let’s find out there some impressive and expensive casino renovations across the globe:

This resort of Las Vega has been one of the premier venues and celeb hangouts in Sin City for several years since its opening in 2001. But they also face immense competition from the likes like The Palazzo, Wynn Las Vega, and Cosmopolitan.

Just to stay competitive and on the tope, Palms is close to completing a $620 million renovation. You can have new bars, a premier steakhouse, 150 pieces of contemporary art by artists like Damien Hirst and Andy Warhol, a re-designed concert theatre and casino floor, to name a few.

Wynn’s resort is also a high-end casino functioning since 2006 and soon became famous in Macau. But to expand and stay competitive, the casino decided to expand by building a second tower under the name of Encore.

It has an identical interior to the Wynn Las Vegas version of Encore. With over 410 suites and 41 Grand Salon suites, it is now one of the most popular and stunning silhouettes on the Macau skyline.

The Palazzo started entertaining gamblers in 2007 and after some time it started looking its glamor and started to show its age and required a renovation to keep up with the new kids on the block.

This was the time when Las Vegas Sands decided to renovate the resort. The casino floor got an overhaul, the suites got a new look and also the new marble pathways in-between the gaming tables and slot machines. All these gave a new breathe of new life into a casino that was feeling outdated. The bars also now look amazing and vibrant.

Mystic Lake Casino Hotel is not a place that can be considered as a gambling hub destination but still, it has great attraction amongst the gamblers to demand a $90 million expansion. This renovation took two years to give a new feel and look to its 70,000 square foot casino hotel. It now has added an extra 180 suites and has even been called as a ‘work of art’ by many visitors.

Located in Las Vegas, this Sands Cotai Central has the plan to invest a staggering $1.1 billion on renovations across its properties in the Chinese enclave of Macau in the next few years. Of course, the majority of this investment will be targeted on the Sands Cotai Central area. This resort has plans to re-brand into a luxurious London-themed casino and hotel destination called The Londoner.

Caesars Entertainment is one of the most popular casino operators that has spent $350 million on its properties in recent years, But the most amazing renovations have been seen at the Flamingo.

It has invested $90 million redesigning its 1,270 suites and $6.5 million on a state-of-the-art meeting hub. Spreading across 73,000 square feet of floor space, the meeting place has the innovative design of using energy-efficient lighting.

Downtown Detroit probably would not amaze you as the most attractive area to invest thousands of dollars on a casino resort but the fact is MGM Grand Detroit has invested a whopping sum by adding a Topgolf Swing Suite.

The suite includes three simulators, HDTVs, a lounge seating area, and a bar serving food and drinks. It has added a new value to this casinos making it a casino that is about more than just gaming.

These are some of the casinos that spent millions of dollars in their renovation to ensure that they could serve their customers the best way given the fierce competitive gambling market. 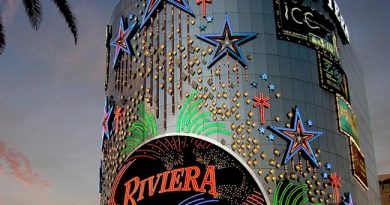 4 Haunted Casinos in the World 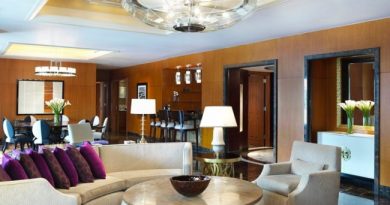 The Top 7 Most Luxurious Suites in Macau