Godzilla, which is going to appear on the big screen later this month, is also going to invade your living rooms through an exclusive custom Xbox One X console.

Microsoft announced through Xbox Wire post that it has developed four custom Xbox One X consoles in collaboration with Warner Bros. Pictures and Legendary Pictures. The layout of the consoles is inspired by “the bioluminescent beauty of Mothra, the volcanic rage of Rodan, the triple-headed King Ghidorah, and the King of Monsters himself, Godzilla.”

Eligibility to Join the Contest

To join the Godzilla: King of the Monsters Xbox One X Custom Console Sweepstakes, players should be at least 14 years old and be a resident of any region supporting Xbox Live. To get an entry you do not have to buy anything. All you have to do is follow the official Xbox account on Twitter and to retweet the promotional post with the hashtag GodzillaXboxSweepstakes attached.

Till June 7 you can join this games, after which Microsoft will randomly select the four lucky winners who will get the limited edition custom Xbox One X consoles.

All About Xbox One Consoles

The designs on the monster-themed Xbox One X consoles are amazing, just befitting for Godzilla and his monster friends. The company has released the final trailer for Godzilla: King of the Monsters in late April, displaying Godzilla in the battle against Rodan, Mothra, and King Ghidorah. In the movie, the efforts of Monarch, the agency featured in 2014’s Godzilla and 2017’s Kong: Skull Island, will try to keep humanity safe against gigantic creatures.

Microsoft has partnered for the Xbox One in its promotion with one of the most memorable ones being its tie-in with  Taco Belll. Last year the US-based gamers were offered the opportunity to win about 5,000 units of a limited-edition Xbox One X with every purchase of a Taco Bell double chalupa box. This unique platinum-colored Xbox One X comes with an Xbox Elite wireless controller, three months of Xbox Game Pass and Xbox Live Gold, and of course, Taco Bell’s famous “bong” sound each time the console starts up. 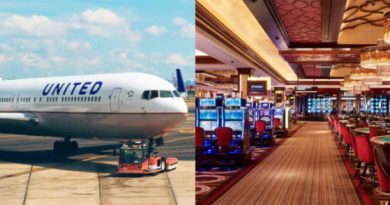 The Top 6 Airports Open for Gambling 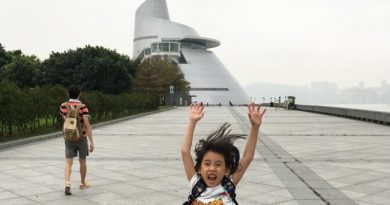 6 Kids-Friendly Places to Visit in Macau