As per a report on mobile gaming, it is reported that nearly 2.6 billion people are expected to be playing mobile games. This establishes a sharp rise in the number of gamers compared to the figures in 2014, wherein only 1.6 billion people played games on their smartphones. Here is the Mobile Gaming Trends to keep an eye.

Today the gaming industry is worth billions upon billions of dollars, making it one of the most lucrative and attractive industry for almost everyone. It has also offered a wide range of diverse business opportunities for game developers who realize that in order to be visible before the large audience of gamers, they need to get their software onto mobile devices.

This is the reason the whole industry is now putting so much investment, effort, and resources towards mobile gaming. The entities and segments that have realized the mobile gaming market are focusing on it. Even Nintendo, who was never a supporter of this idea. When it comes to the mobile game provider companies, they already have 500 games on the board. They are there to offer their players the best slots and more types of games wherever they are. For this, they don’t want to be glued to the desktop or laptop PC.

Because of this, the major franchise owner of PC – Blizzard Entertainment is making versions of its leading franchises for mobile devices now. Blizzard has announced during its annual BlizzCon event that it is going to design a mobile game, Diablo Immortal, to bring the fantasy RPG franchise to mobile gamers. This manifests the focus on making the experience suitable for those who want to play on the move.

Improving network connectivity, instant play, and installation of free games. The evolution of cloud computing has made it possible for enterprises to develop new and better cloud gaming apps for users.

With Google introducing Stadia in 2019, and more cloud gaming releases hitting the market, you can expect some of the best games.

Both Augmented Reality and Virtual Reality emphasize on growing users in a digitally developed life-like setting. Other than social media and collaborative gaming, AR offers you a complete gaming experience in a simulated atmosphere.

It is expected that the market for AR & VR gaming industry will see a steep rise in the year as mobile gaming trends. Hence, businesses have to come up with plans to redefine their business strategies and use these immersive technologies to expand and stay ahead to make a mark in the gaming industry.

PlayStation and Xbox have made the users go crazy for the 3D gaming environment with its sound and graphic effects. But, the success of Nintendo Switch indicated that handheld gaming consoles are here to stay. Players wish to experience the fun of a video game and the convenience of a handheld device. In future handheld game consoles have a bright future. Apart from this, older games will be soon available for mobile. You can also watch the integration of the console and the mobile!

What if you could play the same game on different devices irrespective of their OS? The gaming industry will take a steep leap with cross-functional platforms, leading to a customer percentage that will further grow in the coming year.

This technology will not only allow the players to use different devices to play but also offer a more engaging and improved user experience.

The User Interface and User Experience are the most critical design trends that play a crucial role in developing any game.

Just imagine – If a game doesn’t look attractive with its visual graphics, you would not live to look at it. It means the user experience (UX) will not be of any value with a poor user interface (UI).

The same happens with gaming, an amazing UI/UX is a must to attract more users and offer them a fun experience. The more intuitive your UX is the more interactive and engaging will the gaming experience be.

Here are many such popular international games that have amazing UI/UX like Angry Birds, Candy Crush Saga, and Subway Surfers, etc. All these games made players go nuts for their phenomenal UI/UX. The mobile gamers may expect a treat with dramatic improvement in UI and UX.

How Phones Are Better for Gaming

These days considering the efforts of developers who are making even more ambitious games, phone manufacturers have also started to make more efforts to develop more gaming-focused hardware. The latest example is that the handsets iPhone XS and the iPhone XS Max display how amazing audio quality of phones is to offer the players more immersed in the worlds that they are exploring.

Similarly, Samsung’s recent flagship, the Samsung Galaxy S9 features 4GB of RAM. This gives an opportunity for the players to play more powerful games that will not be slowed down. In these phones, you can also run multiple apps with limited slowdown or lag.

There is large money in mobile games for manufacturers and developers. They both are working hard to explore and capture the opportunity around it. It isn’t so easy. But due to a large number of people enjoying and playing mobile games, the effort will really be of worth.

Hence, it can easily be considered that mobile gaming trends are going to grow in the future. It’s due to the ubiquitiousness of mobile and its easy accessibility. 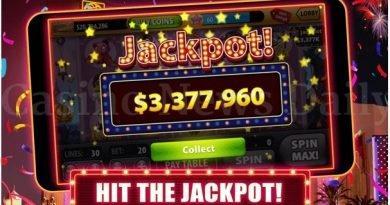 How Does Progressive Slots Machines Work? 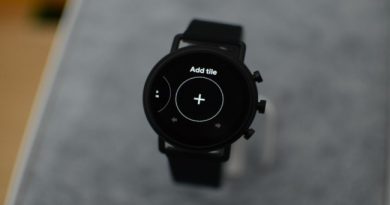 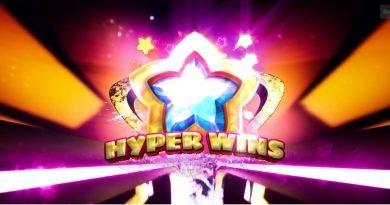