On its 10th anniversary, Samsung is going to unfold its ultimate flagship smartphone this year, the Galaxy S10 5G which you can pre-order through Verizon.

Verizon has opened its pre-orders for the Samsung Galaxy S10 5G, indicating the release date of Samsung’s massive new smartphone.

In addition, Verizon is also offering up to $650 off as an extra benefit when you switch to Verizon and trade in an eligible device. If you pre-order prior to May 15, you’ll also get the Samsung VIP kit, which includes the Samsung Galaxy Buds, a water bottle, Wireless Charging Battery Pack, and an extra $10 discount for your 5G access.

Samsung’s first 5G phone is about to see the light of day in South Korea on April 5, but what of other markets? Samsung has not stated anything in this regard for the moment, but whispers are on that it may launch Galaxy S10 5G launch in the US in the middle of next month.

This 5G phone shares many of the similar specifications as the Galaxy S10 Plus, which Samsung has announced alongside the Galaxy S10 and a lower-cost Galaxy S10e, but the major difference is wider 6.7-inch screen instead of the 6.4-inch which you can see on the Plus. It is the largest screen we’ve ever seen in a Galaxy S device. Samsung has kept the S10 5G’s size almost the same as the 6.4-inch Galaxy Note 9, which is an impressive feature by narrowing down the bezels using the new hole-punch camera display technology.

5G is the fifth-generation mobile network technology, promising much faster data speeds and lower latency. US carriers are expected to expedite the development of 5G in 2019 through 2021 offering nationwide coverage soon.

The Galaxy S10 5G is quite different in appearance from the rest of the S10 range. In addition, it also has a 5G logo on the back and more importantly, it has a fourth camera on the rear with ultra-wide-angle, telephoto, and standard lenses that are available on the S10 and S10 Plus are paired with a fourth Time of Flight (ToF) camera on the S10 5G to perfectly capture 3D depth data. This ToF camera is also available on the font next to the standard 10-megapixel selfie camera. Samsung claims it will augment reality experiences that are only possible through 5G.

You can also get a new feature Video Lice Focus which is a portrait-mode live effect for videos, where a blur is added behind a subject.  In addition, you will also find a new tool called Quick Measure, although its work is not been mentioned by Samsung as yet.

All the other specifications are similar to that of the S10 Plus including the 8GB of RAM, 128GB of base storage, and also the in-display ultrasonic fingerprint sensor.

To retain maximum battery life, Samsung has outfitted a massive 4,500mAh battery in the Galaxy S10 5G. To charge this beefy battery, Samsung has also added the S10 5G with Super Fast Charging at 25W, so it gets quickly charged to get back to 100 percent. 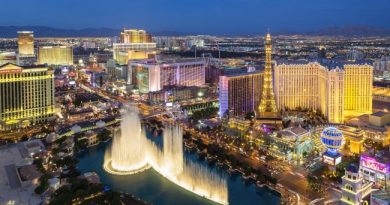 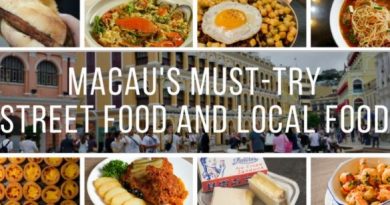 6 Foods You Must Try in Macau 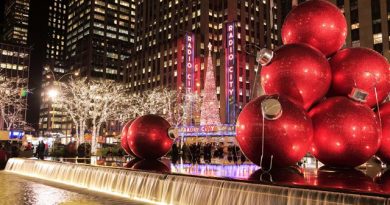 10 Best Christmas Shopping Destinations in the US